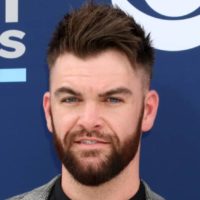 New Truck the follow-up to Scott’s No. 1 single, “Nobody.”  His debut single, “Makin’ This Boy Go Crazy” was released in 2013 and stayed for 10 weeks on Billboard Country Airplay. That song was included in his EP of the same name, released in 2014. In 2016, Scott earned his first No.1 single, “My Girl,” written for his high school sweetheart – now wife– Blair Robinson.

Scott will next hit the road with Luke Bryan, alongside Runaway June, Caylee Hammack, and DJ Rock on Bryan’s Proud To Be Here Tour. Tickets and more information about the Proud To Be Here tour are available on Scott’s website.

Check out the official video for “New Truck” here;  you can also stream the track at your streaming service of choice.